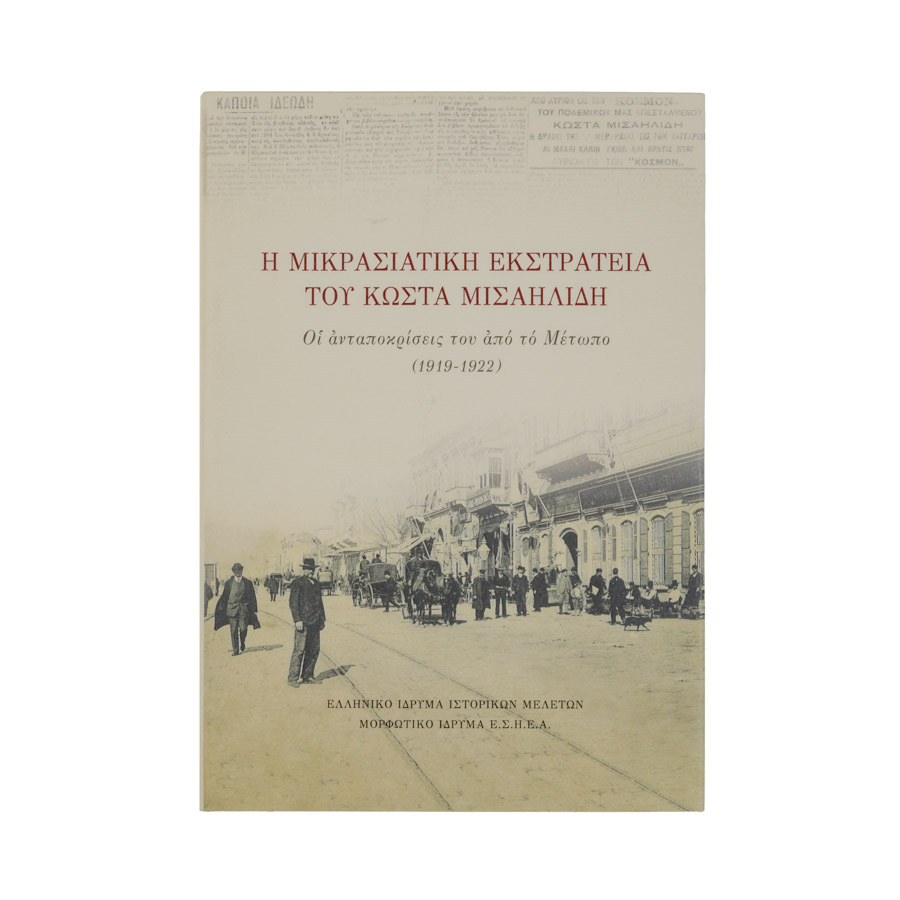 Abstract: Nearly a century after the Asia Minor Catastrophe, arguably one of the biggest tragedies of the 20th century, the Hellenic History Foundation, with the support of the Cultural Foundation of JUADN, has published the archives of Asia Minor-born journalist and war correspondent Kostas Missaelidis (1883, Nicomedia of Bithynie – 1955, N. Smyrne, Athens).

From May 2 1919 until September of 1922, Missaelidis follows the Hellenic Army to the depths of Anatolia and records all the events and proceedings of the Campaign for over ten newspapers of the era. His correspondences constitute an excellent primary source for researchers, historians and the general public, expressing the pain and sorrow of this time. A time marked by the horrors of war, by “calamities and hurricanes, and disasters and cataclysms”.